Currently CONCERN-NEPAL supports the education of 50 children in the districts of Bhaktapur, Lalitpur and Ramechhap. These are some of their stories: 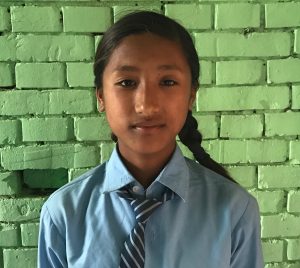 Garima is a 14 year old student at Faidhoka Lower Secondary School in Bhaktapur. Her family is originally from Ramechhap, but the moved to Bhaktapur looking for better opportunities. She is currently doing grade 8 as well as working at the local brick factory to help her parents and two siblings. She started working at the age of 10 making bricks, but she never neglected her studies. Her teacher highlights her participation in class and appreciates her hard working spirit. She was second in her class last year, and wants to be a teacher when she grows up. 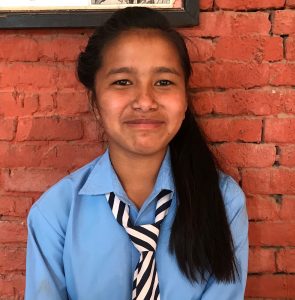 Muskan is 15 years old and currently doing 8 grade at Dattatraya Lower Secondary School. Her family is orginally from Ramechhap, but they live and work in Bhaktapur. Her parents work at a brick factory during brick making season, and at a garment factory when it’s off-season. At the age of 12 she started helping her parents in the brick factory – her main responsibilities being making and carrying bricks. She is currently third in her class, even though she works both before and after school. When she grows up she wants to be a doctor. 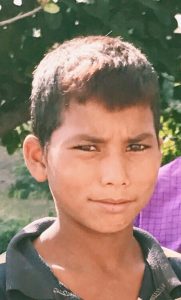 Buddhi Ram is 10 years old originally from Rolpa who lives in a shed in a brick factory in Lalitpur with his dad, stepmom and 2 younger brothers. He started working when he was 7 years old, making and piling bricks with his family. He is doing grade 3 at Suryodaya Balbikas Primary School. He likes going to school and participates in class, even though his teacher recognizes he is a little shy. Like most of the children in his school, Buddhi Ram suffers from stomach problems, but he still manages to go to class every day. His dream is to become an engineer. 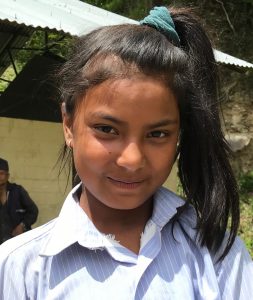 Sarita lives in Ramechhap with her grandparents, parents, siblings and her baby niece. She is 13 years old and is doing grade 6 at Panchakanya School. Her house was destroyed during the 2015 earthquake, and they are still living in a tent house made out of metal sheets. Sarita’s dad is a middle-man at a brick factory in the Kathmandu Valley, and her mother and brother also work there during the brick making season. At age 10 she started helping them by piling bricks, but she does not do that anymore. Now she stays in Ramechhap with her grandparents during her parent’s migration, taking care of the family’s goats and going to school. She wants to be a nurse when she grows up, and she recognizes that she needs to study hard for that. 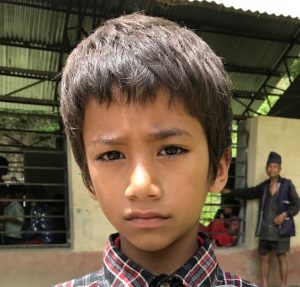 Dev is 8 years old and is doing grade 4 at Panchakanya School, in Ramechhap. He lives with his grandmother, parents, aunts and two siblings in a house made out of brick and clay walls, tyle roof and mud floor that was cracked during the earthquake. His parents migrate during the brick season to the Kathmandu Valley to be employed by the brick factories, but Dev stays in Ramechhap with his grandmother during that time. Dev usually participates in class and does his homework in time, but sometimes misbehaves in school. He wants to be a doctor when he grows up. 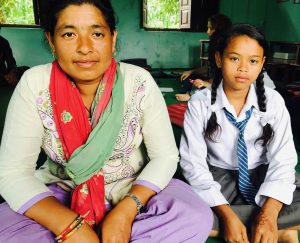 Nabina is 14 years old and doing grade 6 at Faidhoka Lower Secondary School in Bhaktapur. Her family is originally from Ramechhap, and stay in a rented house made out of brick, clay and metal sheets in Bhaktapur. She lives with her parents and two brothers, and is responsible for the household chores before she goes to school. Nabina is a hard working student, and is the first one of her class. She enjoys playing sports, especially badminton, and wants to become a doctor. 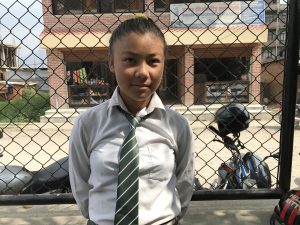 Amrita Manandhar was also the supported in this campaign since 2015. She was 14 years old and was originally from Ramechhap. She migrated towards Bhaktapur with her family and works in a brick factory. She drop out her school a years before and engaged working in brick factory. When AP support her to enroll in school she left her work and pay attention in her study. In this year she enroll in class 9 from Bageshwori Higher Secondary School. She was doing well in her study and wants to be a government officer in future. In Bhaktapur she lives with her parents and 3 siblings. According to her parents she did not have any serious health issue. 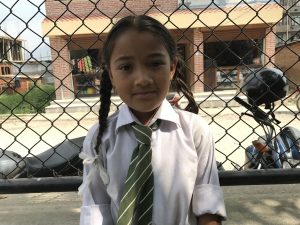 Ashmita is 10 years old girl, originally from Ramechhap, study at class 4 in Bageshwori Higher Secondary School at Bhaktapur.She was also supported by AP. She used to works in a brick factory before enrolling in school.She was migrated here in Bhaktapur with her parents. Her parents are still working in brick factory. As suggested by her teacher She was little bit weak in her study. Though she was weak she tries to improve a lot in her study every day and also needs extra care and attention in the classroom. She is healthy girl. Her aim is to be a Teacher. 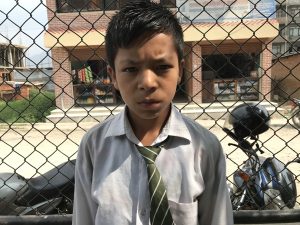 Bishal Manandhar was also a supported child of this campaign since 2015.He was migrated towards Bhaktapur with his family from Ramechhap. His parents works in a brick factory as he follows them and used to work in factory before AP enroll him to School. In 2017 he enroll in class 7.He was very talented and shows his active participation in every extra curriculum activities. In future he wants to be a Pilot. As from the parents information he did not have any serious health problem. In Bhaktapur he stay with his parents in rent room. And during the occasional festival he travel to his original place Bhaktapur. 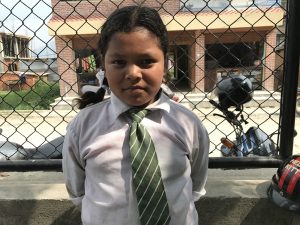 Shrijana Manandhar was originally from Ramechhap and now staying with her father, mother and elder bother here in Bhaktapur in rent house. She was studying in Bageshwori Higher Secondary School with her brother in the same school. She was very innocent and feel shy when Peace Fellow meet with her. She loves eating and sleeping in classroom . As suggested by teacher she needs extra care and attention to improve her study, though her performance is only satisfactory. And she had ambition to be a doctor.

Consent from parents was granted for the use of pictures and information of minors for this webpage. Their dissemination is restricted to CONCERN-NEPAL.