The Concern for Children and Environment (CONCERN), a non-governmental organization working for the rights of the child in general and children at risk in particular, has found that there are 84 areas of child labour in Nepal. Some of the sectors are hazardous which pose serious health and other threat to children working there. One of the areas that is hazardous for children is the job of highway hawking.

The CONCERN, in cooperation with the Plan Nepal, conducted a national survey in order to ascertain the number of the child highway hawkers and their condition. The CONCERN conducted the survey on major highways in 33 districts of Nepal where it found that a large number of children work as highway hawkers. The research team visited every major sport along the main highways of the country and directly met and interviewed the child highway hawkers and collected their information on various aspects. 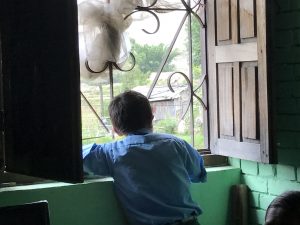 The child highway hawkers often suffer a number of problems. These problems include health hazards, sickness, security related problem, low business, long working hours, low wages, accidents and verbal, physical, sexual, and mental abuses and harassment. Children were found to have been abused by their colleagues, passengers, customers, local boys, drivers, helpers and even employers. Some children even complained that their own colleagues abused them. Regarding their health and hygiene, children often suffered from minor illnesses. Most children suffered from fever. But very few children (1.83%) were hospitalized when they were sick. Most children took medicine when they fell sick. So far as personal cleanliness and hygiene is concerned, most children (68.01%) took bath once a week while some (18 per cent) did not take bath once a week. It was found that daal bhat and vegetable and meat are the commonly eaten food by the highway hawkers. It was found that this job is a risky one as these children are often prone to accident. According to the survey, 32.84 per cent child highway hawkers have already met with accidents while working. The accidents include both major and minor ones. 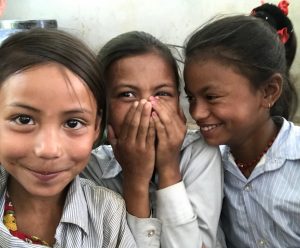 Since they have to sell goods by visiting the vehicle that stop on the certain points of the highways, children often rush to approach the passengers. While doing so, many children got accident and they were injured—a few of them seriously. Apart from the accident and injury, children have often faced other kinds of problems and difficulties like long working hours, tough competition, low wages and health and hygiene related problems. Although the work is risky and difficult, about 48 per cent children want to continue their present work while more than 19 per cent of them want to go back home and continue their study. Like other privileged children, the highway hawkers too have future ambition. Some of them want to be doctor and engineer. But most children want to be businessmen. It was found that majority of child highway hawkers (77%) are completely unaware of the rights of the child. But 22 per cent of them have heard about the rights of the child but they still do not know the rights of the child specifically.