With a current population of 23.4 million in Nepal, 10.7 million are children under the age of 16 years. According to ILO/IPEC statistics there are 2,600,000 working children of which 60% are between the ages of 6 to 14 years. 1.7 million children work in economically active fields whereas 900,000 work without any payment at all.

His Majesty’s Government/Nepal has ratified 18 international conventions and several regional conventions to help protect the rights of the child. These include the UN Convention on the Rights of the Child (CRC) and ILO Conventions. Further HMG/Nepal enacted Children’s Act 1992 and its by-laws 1994. But, the violation of children’s rights continues despite these legal provisions. 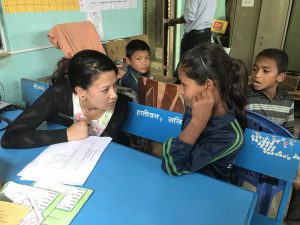 CONCERN has been conducting research since its establishment in 1993/94 to uncover the hidden or ignored conditions of working children in Nepal so as to proclaim the truth among the general public. The first research report conducted on the situation of child porters resulted in grave concern from HMG/Nepal and ILO. Child porters are now one of the major sectors of the worst forms of child labour which has been given emphasis by GOs and I/NGOs for its gradual eradication under the well known Time Bound Programme. CONCERN completed specific research on the plight of child labourers in stone quarries during 2000 and published a full report in 2002. The report was followed by an action programme to help protect the stone mining children in Salandu Bagar of Kabhre District. At present, the programme targets 1250 workers, 20% of whom are children under 16 years of age. The action programme contains educational support, skill development, health and safety support through community and child participation.

This national level research on Child Labour in Restaurants and Teashops of Nepal proves the bleak situation of restaurant/teashop children for use by government policymakers, programme implementers and other duty-bearers to improve conditions for these children. CONCERN will develop action programmes in different areas where restaurant children are confined through regular communication with restaurant owners and community people who are sympathetic to the situation. CONCERN will also form restaurant child workers clubs to regularly discuss their day to day problems. The regular contact with these children’s clubs will create awareness on the issue of child labour among the working children as well as employers. CONCERN’s previous experiences with child porters and stone mining children’s clubs have shown positive results in rehabilitating them.

It is a common sight: children working in roadside restaurants, tea or sweet shops. Poverty profoundly affects families compelling these children to move out of their villages to nearby towns or cities in search of work to sustain themselves and to support their families back home.

The parents of these children face hardship in the villages and cannot even meet their primary needs such as food, clothing, shelter or healthcare. They do not give priority to the education of their children as they assume that education does not have immediate results. Instead the child at a tender age is encouraged to hold adult responsibilities of contributing to the family income.

A child first setting foot in an urban area is most likely to gain easy employment in a roadside restaurant, tea or sweet shop. Cheap labour demands are high and skills are not required. At times the children get involved directly with the help of parents, relatives or friends. These children do not have any option other than working in whatever job they can lay their hands on.

A key to survival, children find refuge working in restaurants as food and shelter are generally provided in addition to paltry minimal wages for their efforts. In return they carry out menial tasks for their employers, responsible for

· any other type of work required in the restaurants.

The life of a child restaurant worker normally starts before sunrise performing a long list of chores determined by the employer. They include demands such as cutting vegetables with dangerous tools, cooking in smoky kitchens without proper facilities for ventilation or exhaust fans, lighting kerosene/ wood/gas stoves or hauling water from distant taps. A child worker continues these tedious chores throughout a day’s work, often more than 12 hours without any rest, exhausting them physically and mentally. Employers do not heed the working capacity of a child, rather they demand more. Should a child worker make a mistake, say breaking a glass while washing the dishes, the employer punishes them with physical or verbal abuse and deducts the cost from the child’s wages. 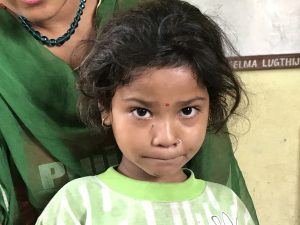 Personal hygiene, healthcare, education, rest, breaks or any form of entertainment are least expected by children working in restaurants. All the working children have to sleep on the floor or on the tables which is possible only after closing time sometimes late into the night. They rarely have the opportunity to sleep on real beds, have to get up early in the morning and sleep late at night when customers have gone. Most of the restaurant workers wear dirty clothes and lack sufficient water for hygiene and cleanliness. Fatigue from continuous working hours does not provide them time for clothes washing or bathing. Employers usually provide clothes twice a year free of cost for those who work continually. Likewise, there are few employers kind enough to provide fresh food otherwise children get stale, leftover or days old food

Most of the children are not aware of child rights or labour laws. However the employers, who do posses this knowledge, defend themselves with the argument that they are not actively seeking children for exploitation rather they are approached by the children themselves. The children desire work to support themselves, their parents/families, so is it wrong that employment is provided and both parties profit? This perception which comes from the employers’ side cannot be ignored. But, quite often children become victims of physical, mental, and economic exploitation – denied payment, extensive working hours without breaks and no education or health support.

Labour intensive restaurant/teashop work is predominantly a male field, 95% of those interviewed and observed being boys. Girls are less likely to be found due to hesitation of direct contact and exposure to customers. In previous surveys on child labour conducted by CONCERN, male porters dominate over female as physical strength skills are required to be a child porter; they often sleep on streets, in parks and other public areas where girl children would be more vulnerable, and they must often actively solicit work putting a girl child at greater risk of sexual abuse. On the contrary, in stone mining and carpet weaving industries the number of girls are higher than that of the boys.

Surprisingly, most restaurant workers are literate school dropouts. 54% of drop outs show interest in joining school again. Both girls and boys are required to buy alcohol and tobacco and complain of harassment physically, mentally and sometimes sexually. They are not paid in a timely manner which is why the frequency of movement from one place to another is very high. Furthermore, the lack of job guarantee as well as employers’ cent percent control also discourage children from staying at one place for a long period of time.

According to the survey conducted in nineteen districts of five development regions of Nepal it is estimated that there are 71,767 restaurant child workers working in 20,505 teashops/restaurants in Nepal.